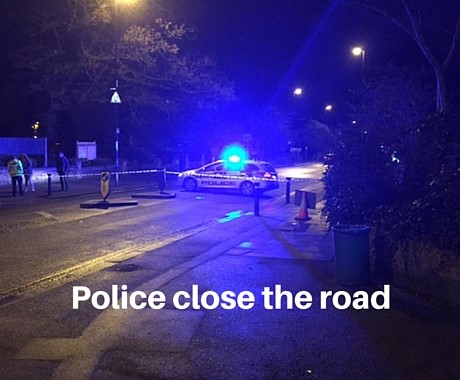 When a tree is hanging over the road there’s no time to lose.

This was the situation in Forest Hill following the aftermath of Storm Imogen.

When Stuart Wells of Connick Tree Care arrived on the scene at 6pm on Tuesday 9th February it was already dark. He immediately contacted the local police station asking them to close the road.

Once the road was cordoned off, Stuart and his team set to work over the next seven hours to safely fell and remove the 18 meters high tree.

By 1am the road was completely clear of any debris and safe to be reopened. The only sign that morning commuters would see of the activity during the night before was a 3ft tree stump left behind.