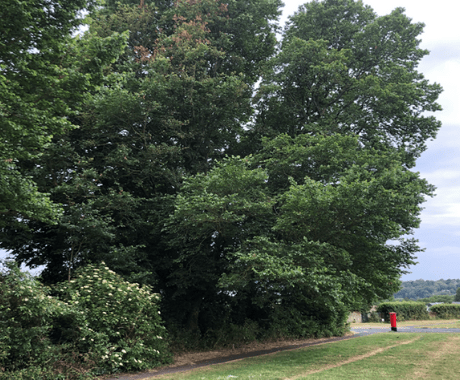 Brighton & Hove is home to approximately 17,000 Elm trees, many of which were planted during the reign of King Edward VII. Numerous examples of these heritage elms can be seen in Preston Park and Valley Gardens.

Initially Elm Disease came to the UK from Europe in the 1920s, killing around 25% of nation’s elm trees. It was a more aggressive fungus, imported on elm logs from North America in the 1960’s, that has caused the most devastation.

In the early 1970’s, after a period of volunteer direct action, Brighton, Hove and Adur Councils undertook a coordinated sanitation felling programme to contain the disease. The 17,000 Elm trees in the City of Brighton and Hove are testament to the success of this programme. In 1998 Plant Heritage awarded Brighton and Hove full National Collection status for their elms.

On the recent rise to the number of infected trees, Alistair Peters, Arboricultural Consultant and elm expert, said, “The exceptionally dry and warm summer is partly responsible to the flying start to the season but there are other factors at play here.

We must look to the previous summer for clues to what’s happening and why; as so many of this year’s early losses are from trees that became infected late last year but did not show any symptoms or if they did they were masked by the onset of normal autumn colour changes.”

The public has also played their part in helping to keep the disease under control. Unfortunately, even after many successful years of battling, it is very difficult to keep elms trees and elm disease in vogue and topical with the general public.

Wishing to appeal to the wider community, Councillor Anne Pissaridou, Chair of the Council’s Environment, Transport and Sustainability Committee, said: “Elm disease is fairly easy to spot if you know the signs and what to look for.

We’re asking you to become an extra pair of eyes and help flag up any trees – on both public and private land – you believe may be infected. We can then take immediate action to inspect the tree, and if infected, remove it and stop the disease spreading.”