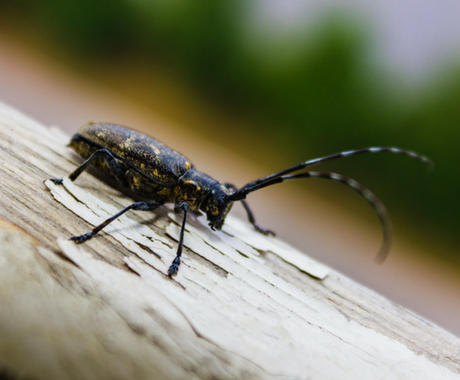 Diseases imported from Europe are attacking our trees

Ash Dieback, also known as Chalara, was first confirmed in the UK in 2012. The disease is caused by a fungus called Hymenoscyphus fraxineus. Infected trees can be recognised by a loss of leaves, the crown of the tree dying and lesions on the trunk.

To estimate the devastation that Ash Dieback could cause our Ash trees in the UK, we need to look at what has already happened in Europe.

The spread of Ash Dieback across Europe is believed to be carried by the wind and movement of diseased trees.

The introduction of the disease to the UK was traced to a consignment of infected trees to a nursery in Buckinghamshire, that originated in the Netherlands.

It’s not only Ash trees in the UK that have been infected by diseases imported from Europe. Elm and Larch trees have also been blighted.

Connick Tree Care is currently assisting the Forestry Commission in Kent to deal with an infestation of Asian Long Horn Beetle (Anoplophora glabripennis). Although this pest is a native of China and Korea, it’s suspected that it was introduced to Europe through wood packaging of slate from China.

It’s not just the import of infected saplings, and pests in the earth used to pack the trees, that brings in the disease, bark on firewood can also be responsible.

The Forestry Commission guide to Importing Firewood sets out the regulatory requirements for wood products and firewood. However, a report by Confor notes that, “tests on imports found that 28 per cent of firewood and associated wood packaging material did not comply with strict import rules in 2017.”

Regulation and research is key to safeguarding the trees in the UK. The Forestry Commission asks the public to be vigilant and help them to gather information by reporting signs of dangerous pests and diseased trees via their online Tree Alert.

Connick Tree Care has a comprehensive Biosecurity Policy and Procedure, which ensures that the necessary steps to ensure that good hygiene practices are in place to reduce and minimise the risk of spreading pests and diseases from tree to tree and / or from area to area.

A Biosecurity Risk Assessment is completed to evaluate each site to identify if any biosecurity control measures and transport & disposal options are required.

All employees receive a copy of our 15-point Biosecurity Procedure and understand that, whilst at work, they have a responsibility to prevent the spread of pests and diseases. As a company, we actively help educate and facilitate all staff to achieve this.