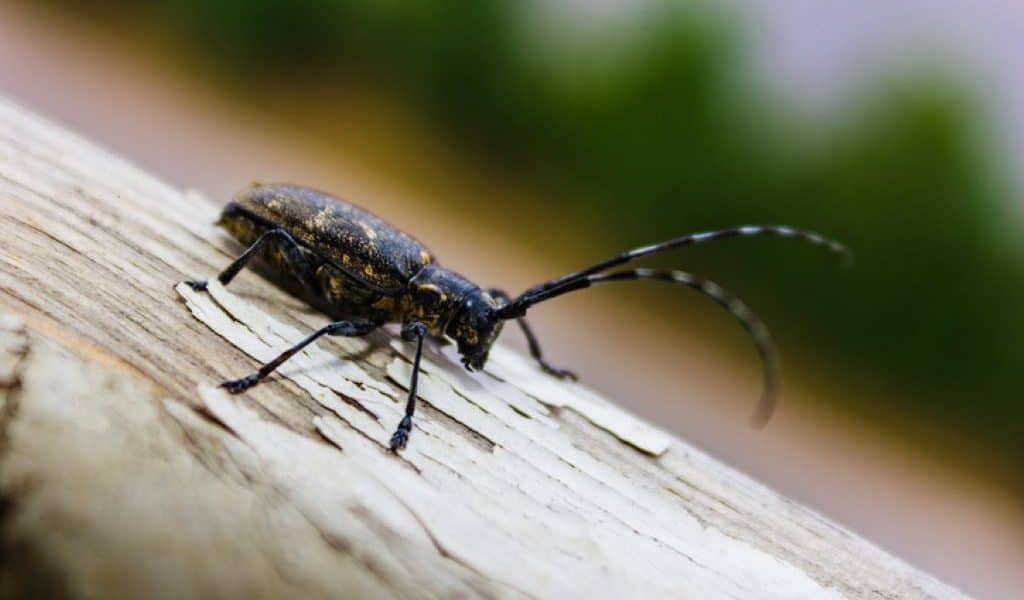 What We Do » Tree Pests and Diseases » Asian Longhorn Beetle

Working with the Forestry Commission to eradicate Asian Longhorn Beetle

Connick Tree Care has been working alongside the Forestry Commission and the Animal & Plant Health Agency to eradicate Asian Longhorn Beetle in the UK.

Asian Longhorn Beetle (ALB) was first identified in the UK in 2012. It is suspected that the pest was brought into the country through imported contaminated wood packaging.

The discovery of ALB posed a serious threat to our broadleaved trees such as maples, poplars, willows, birch and alders.

The Forestry Commission explains, “The larvae of the beetle feed on the wood of living trees, boring galleries, or tunnels in the trunks and branches. The galleries can penetrate all the way from the outer layer to the heart wood, and a severe infestation can kill the tree.”

There followed a period of felling of trees that had succumbed to this pest. In 2015 the Forestry Commission and the Animal & Plant Health Agency inspected for signs of ALB activity and contracted Connick Tree Care to remove the regenerative growth from stumps of the initial felling, which has been an ongoing exercise to date.

A far more challenging exercise for the Connick Tree Care team, were the aerial inspections on all the hundreds of potential host trees within 300 metres of the original infestation and other highlighted trees beyond that.

Keith Hunter, Senior Manager says, “Each branch within the tree canopy had to be painstakingly inspected, by the climbing arborist, for the presence of ALB.”

It this picture you can see four tree climbers, who are securely roped on at the top of the tree, working their way from branch to branch looking for tell-tale small holes, the dimension of a pencil, that would indicate an Asian Longhorn Beetle had been present.

The team of climbers was supported by two members of staff on the ground.

“The aerial inspection work was very interesting. The crew found it extremely rewarding, especially knowing that what they were doing was vitally important for the protection of the existing treescape in the UK.”

The good news is it has been reported that the fight to remove the Asian Longhorn Beetle has been successful.

“I am delighted that we have been able to eradicate Asian Longhorn Beetle – this is a testament to the dedication and hard work carried out by our Plant Health service.”

“Asian Longhorn Beetle would pose a serious threat to our treescape if allowed to establish, so it is great news that it has been officially eradicated in the UK.

Strong biosecurity relies on everyone playing their part – in our forests, at borders or when buying plants. It is important that we continue to raise awareness of the simple things that people can do to protect against pests and diseases, such as sourcing plants from a reputable nursery.”

Unfortunately, there are other pests in the UK that are affecting and destroying our trees, such as Oak Prosessionary Moth and Chalara, Ash Dieback.

If you believe you have spotted any tree disease or tree pest, you can check the distribution map and symptoms section on the Forest Research website before reporting it to them using Tree Alert.

If you are concerned about the healf of your trees, contact Connick Tree Care by sending a message or giving us a call on 0800 975 4535.