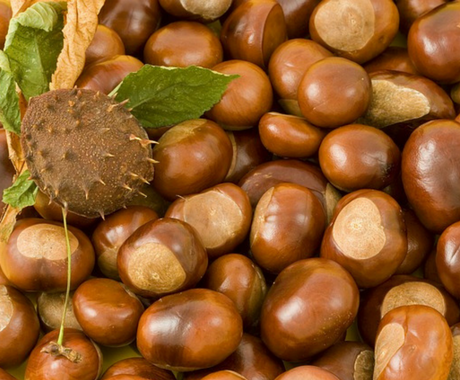 In October 2016 the Daily Telegraph reported that “Conkers could vanish from Britain within 15 years as horse chestnut trees are ravaged by moths and disease”. The demise of the horse chestnut tree and the reduced size of the conkers posed a threat to this year’s World Conker Championship.

We’d heard that the World Championship might have to bend the rules to allow smaller conkers than normal because of the shortage of decent specimens.

So, we contacted Paul Crawley, the competition secretary, to find out if their worst fears were realised and this is what he told us.

“We were surprised this year when horse chestnuts started dropping conkers a week earlier than normal. We can usually count on them falling around 30th September, but we had to dash round to pick them up during the season. We were also surprised to find that there were not only plenty of fruits, but that there were many of a good size. As almost all trees in the area are affected, looking at trees we would have said that there were fewer conkers available, but this did not ultimately prove to be the case.

Because we had to store the conkers for a few days beforehand, they were a little harder and more difficult to break during the competition. We could have stored them in barrels of water, but this makes them softer.

We collected and drilled around 2,000 conkers of all shapes and sizes. We keep the best ones for the finals, then playing quality for the games, and use the rest – the small or oddly shaped ones for practice or ‘conker jewellery’.

So, it looks as though the competition has been able to remain true to its rules, for this year at least.